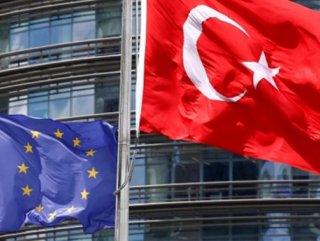 The over 17,000 requests for asylum in EU countries from Turkey since October 2016 are dominated by members of the terrorist group FETO, said Turkish officials on Friday.

Germany and Greece were among the top EU countries where suspected members of the Fetullah Terrorist Organization (FETO), the group behind the 2016 defeated coup in Turkey, sought asylum after the coup attempt, according to a Turkish official who spoke on condition of anonymity due to restrictions on speaking to the media.

Suspected FETO members made up the largest share of asylum-seekers coming from a terrorist group, followed by the terrorist group PKK, the source added.  According to the source, before the 2016 coup attempt, there were almost no asylum applications from Turkey to EU countries, but in the two years since, there have been over 17,300, say EU figures.

Currently, the EU lists Turkey among top countries of origin for asylum-seekers along with Syria, Iraq, Afghanistan, Iran, Pakistan, Nigeria, Albania, and Venezuela. The source added that some Turkish citizens who already have residence permits in the EU countries they live in have not applied for asylum.

THE INCREASE COULD HURT THE VISA LIBERATION PROCESS

According to EU statistical authority Eurostat: “The stock of pending cases for Turkish applicants has increased considerably over the past six months, with 10,623 open cases at the end of May, increasing to 17,332 pending cases by the end of October.”

The increase in the number of Turkish asylum-seekers in EU countries could hurt the visa liberation process between Turkey and the bloc, according to the source. Under an EU-Turkey readmission agreement signed in March 2016, Ankara is supposed to readmit all irregular asylum-seekers who reach Greek islands from Turkey.

Visa liberation for Turkish citizens traveling to Schengen zone countries is one of the key EU pledges made under the deal.