The US Special Envoy to PYD concerns about ‘Olive Branch’

Brett McGurk stated that US is prepared to work with Turkey on legitimate security concerns, but prolonged operation risks giving life to Daesh as its on verge of defeat.

The operation which Turkey is leading succesfully, ruins YPG-allied US’ plans.

Brett McGurk, the Special Presidental Envoy to the Global Coalition and YPG, asserted that the operation would revive the Daesh terrorism. 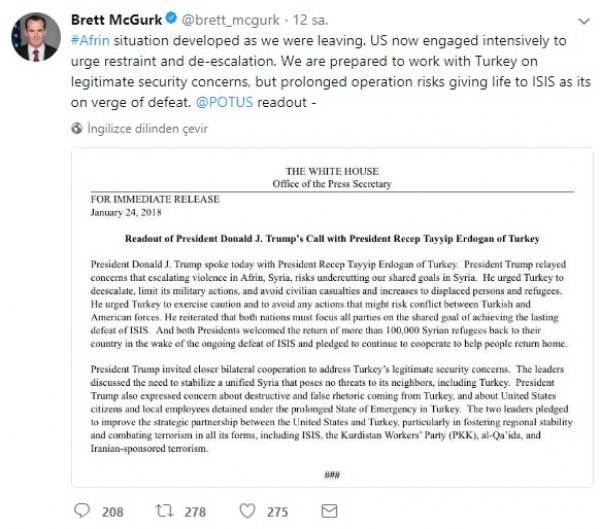 After the phone call between President Erdogan and Donald Trump on Tuesday, McGurk tweeted about the operation. “Afrin situation developed as we were leaving. US now engaged intensively to urge restraint and de-escalation. We are prepared to work with Turkey on legitimate security concerns, but prolonged operation risks giving life to ISIS as its on verge of defeat.” he said. 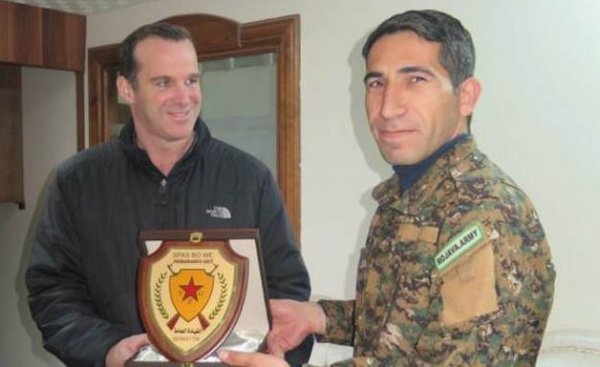 HE HAD RECEIVED PRIZE FROM PKK

It had showed up that he had a plaket from Polat Can, the spokesman of PYD/PKK/YPG, at one of their terror camps. The spokesman had shared proudly these photos from his social media accounts.