President Erdoğan said no country has been more affected by Syrian civil war than Turkey.

Turkish President Recep Tayyip Erdoğan holds a press conference at Ataturk International Airport before leaving for New York ahead of the 73rd session of UN General Assembly on Today.

Turkish President Recep Tayyip Erdoğan on Sunday said a "terror swamp" east of the Euphrates river remains the "biggest problem" for Syria in the future. 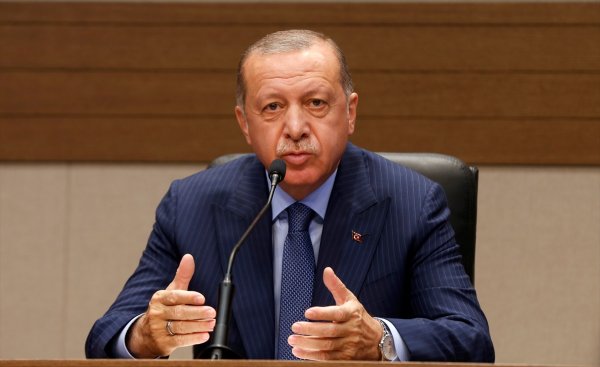 "Currently the biggest problem for the future of Syria is the terror swamp, expanding under the auspices of some of our allies, east of the Euphrates," Erdoğan said in a news conference ahead of his visit to New York for the UN General Assembly.

Underscoring that no country has been more affected by the Syrian civil war than Turkey, he said he would draw attention to the humanitarian crises in his speech at the General Assembly.

Regarding a possible meeting with U.S. President Donald Trump, Erdoğan said it was currently not on the table but that he would consider it if it was requested by Washington.

Erdoğan also conveyed his condolences to the people and government of Iran following the armed attack in southwestern Iran, which killed at least 25 people and injured more than 60 others.

"With such incidents, the sensitivities in the region grow," Erdoğan added.