The decision to pull out troops a 'premature and costly mistake', say lawmakers in the letter. 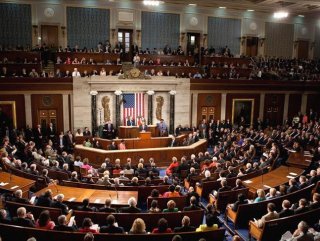 A group of U.S. senators sent a letter to President Donald Trump on Wednesday expressing grave concern over his decision to pull all U.S. troops out of Syria and asked him to reconsider the move.

"THIS ACTION IS A MISTAKE"

"We believe that such action at this time is a premature and costly mistake that not only threatens the safety and security of the United States but also emboldens Daesh, Bashar al Assad, Iran and Russia," their statement said.

Trump said earlier in the day that the US-led coalition has succeeded in defeating the Daesh terrorist group, suggesting that a withdrawal of US troops was imminent. "We have defeated ISIS in Syria, my only reason for being there during the Trump Presidency," he said on Twitter.

Trump later announced that all of the US's roughly 2,000 troops in northeastern Syria would be leaving.