Black Panther has become the first commercial film to be given a public screening in Saudi Arabia for 35 years. Movie’s content is much more meaningful...

Conservative Saudi Arabia is ending a 35-year ban on commercial cinemas, which were shuttered in the early 1980s under pressure from conservatives but are returning through a modernizing drive by the reform-minded crown prince.

The invitation-only screening of the Hollywood blockbuster “Black Panther” on Wednesday was part of a wider social opening in the kingdom championed by the 32-year-old crown prince, Mohammed bin Salman. 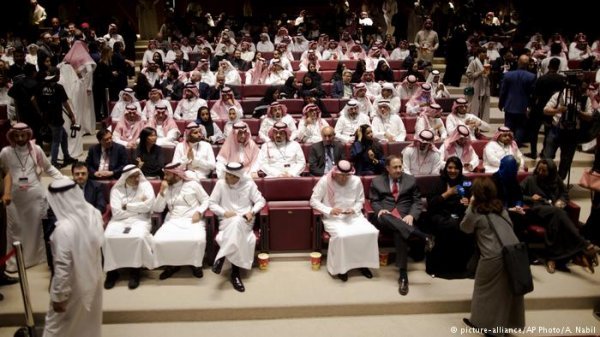 Movie’s content was beyond interesting. It tells a story of a ‘king’ revolts to his enemies by collaborating with CIA. This scenario seems familiar with the situation Saudi Arabia is included: the ‘revolution’ in Saudi Arabia which actualised by Saudi Arabia Crown Prince Mohammed bin Salman’s collaboration with USA.