The Assad regime forces will demobilize some conscripted and reserve officers, the regime said on Monday.

Syria has only just begun to emerge from a devastating conflict that began in 2011 when the Bashar al-Assad regime cracked down on demonstrators with unexpected ferocity.

Over the last seven years, hundreds of thousands of Syrian civilians have lost their lives – while millions more have been displaced – in a deadly conflict that first began on March 15, 2011. The Assad regime has lost half of his army. Terror organizations like PKK, YPG and Daesh have invaded the country.

Now the tide of the 7 1/2-year-old conflict turned in the Assad Regime’s favour in 2015 with the intervention of Russian air power to supplement Iran-backed militias fighting in support of Bashar al-Assad. 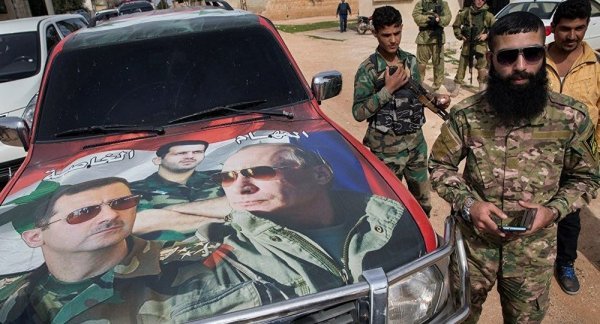 The order, which takes effect next week, also demobilizes reserve officers who joined in 2013 and who will have completed five years of reserve service by January.

The regime forces began demobilizing some conscripts who had served long periods in May, shortly after it took back eastern Ghouta.

After a Sept. 17 meeting in Sochi between Turkish President Recep Tayyip Erdogan and Russian counterpart Vladimir Putin, the two sides agreed to set up a demilitarized zone -- in which acts of aggression are expressly prohibited -- in Syria’s Idlib province.

According to the terms of the deal, opposition groups in Idlib will remain in areas in which they are already present, while Russia and Turkey will conduct joint patrols in the area with a view to preventing a resumption of fighting.

On Oct. 10, the Turkish Defense Ministry announced that the Syrian opposition and other anti-regime groups had completed the withdrawal of heavy weapons from Idlib’s demilitarized zone.