According to the reports, at least one under construction apartment block is reported to have been burned down - and a factory also caught fire.

Protesters clashed with riot police firing tear gas for a second night in Minneapolis on Wednesday in an outpouring of rage over the death of a black man seen in a widely circulated video gasping for breath as a white officer knelt on his neck.

NATIONAL GUARD HAVE BEEN CALLED IN

People filled the streets near the Third Precinct headquarters on Wednesday and soon fires lit up the sky. Buildings were set on fire, stores were looted, and at least one man was shot and killed after protests turned violent and continued well into the early hours of Thursday morning.

The city has been left burning as a number of fires took hold during rioting. A nearly completed apartment development across the street had been burned to its concrete lower floor. 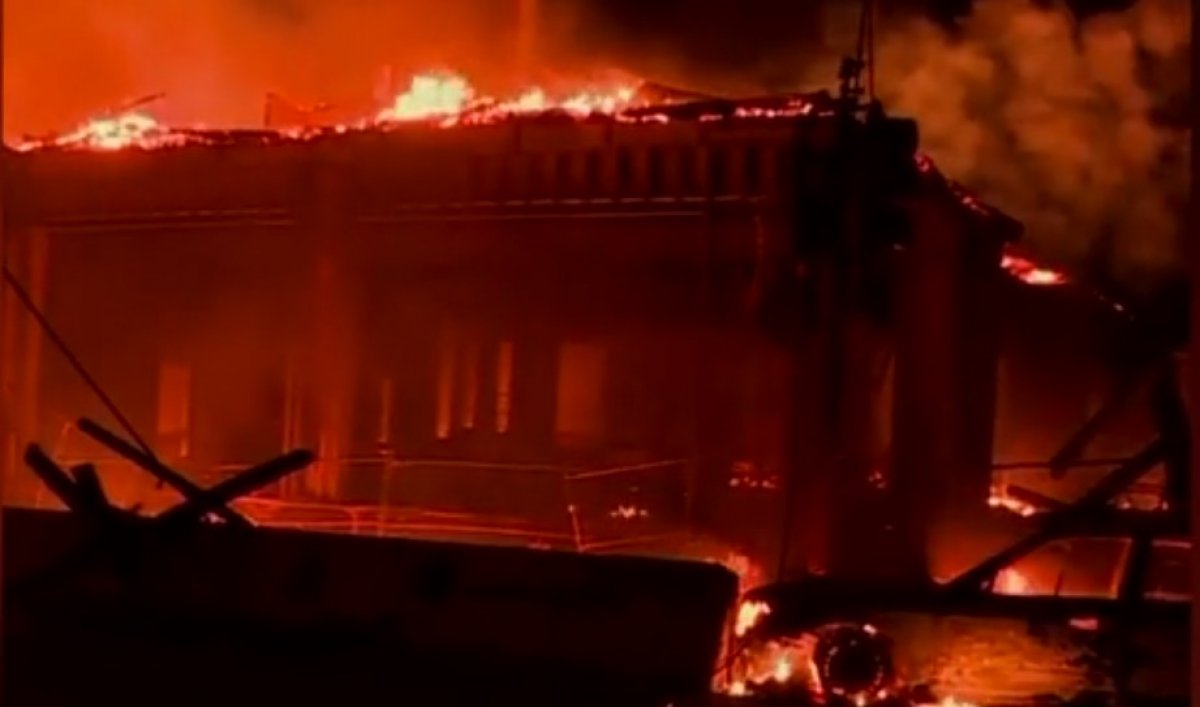 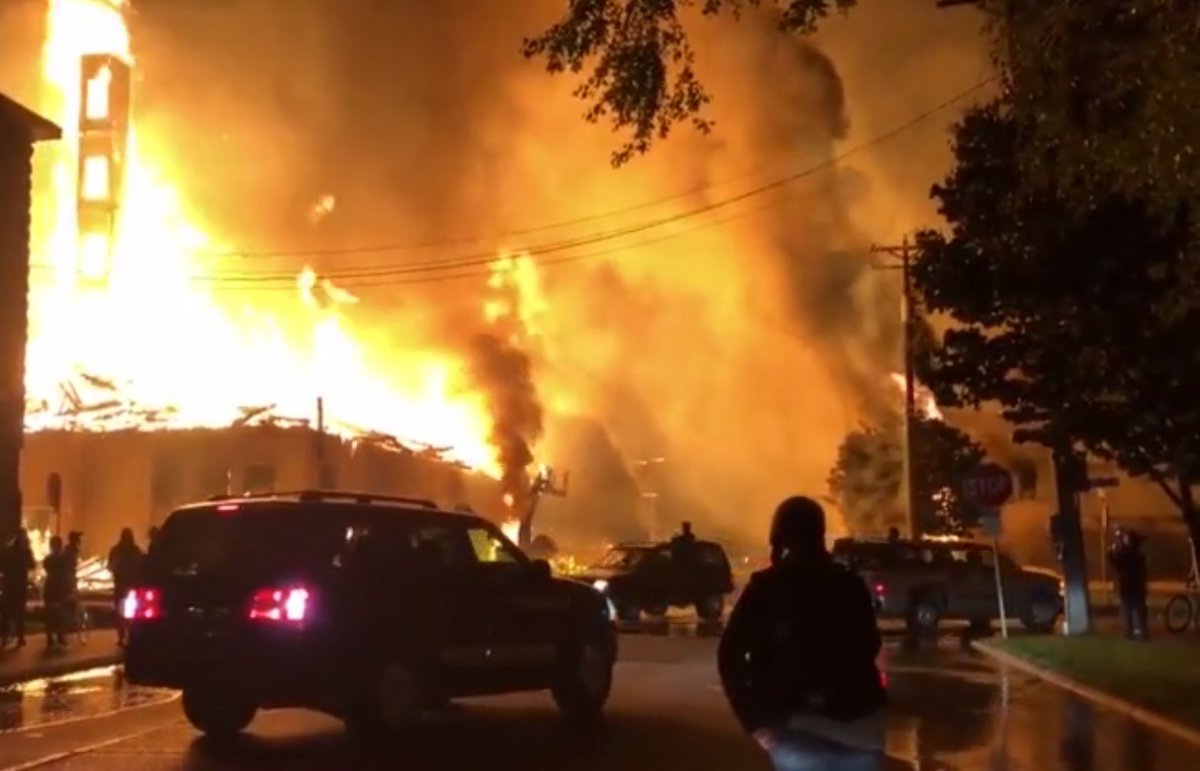 Video shows large infernos burning out of control as the National Guard have reportedly been called in. 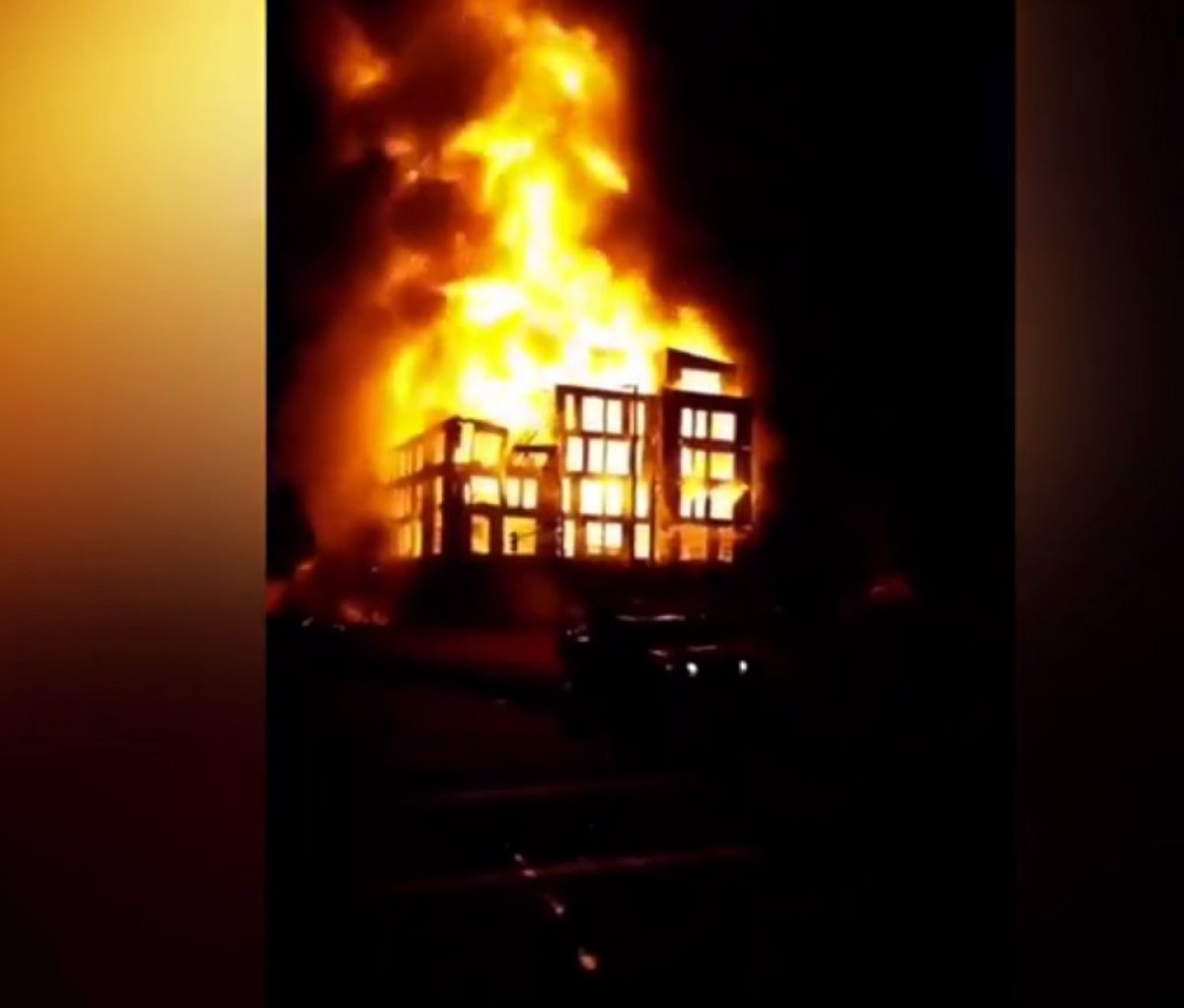