President Erdoğan signals an operation to the east of Syria

"Turkey would continue to increase the number of safe zones within Syria to include the east of the Euphrates River," said President Erdoğan.

In his address to Turkish and Muslim communities in New York, organized by the Turkish American National Steering Committee, Erdoğan said Turkey’s struggle would continue until the terror threat against it ends and would eradicate terror gangs that aim at Syria’s future. 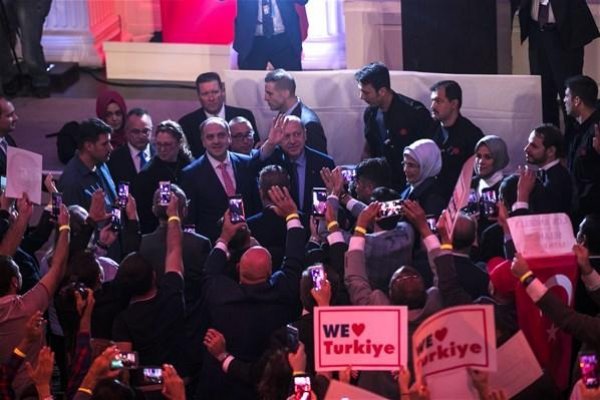 "WE WILL NEVER MAKE CONCESSIONS TO TERROR ORGANIZATIONS"

Turkey has worked for years to maintain peace in Syria and help millions of civilians return to their homes despite propaganda and smear tactics by the Bashar al-Assad regime.

In the article published in Russia’s Kommersant, on Sunday, Erdoğan also expressed that Turkey would not allow the presence of terror groups on its border with Syria saying, “Turkey has proven its resolution many times before in Afrin, Jarablus, al-Bab, and Idlib. Turkey will never make concessions to terror organizations,” he said, adding that this policy would not change.