The two presidents exchanged views on bilateral ties as well as regional matters.

President Erdoğan and his French counterpart Emmanuel Macron spoke over the phone on Thursday about economic and financial ties, according to presidential sources.

"MUTUAL INVESTMENTS MUST BE DEVELOPED"

The two leaders agreed to have Turkey’s Treasury and Finance Minister Berat Albayrak meet with his French counterparts at the earliest opportunity, said the sources, who asked not to be named due to restrictions on speaking to the media. Erdoğan and Macron also stressed that it is important to develop economic and financial ties between the two countries, as well as mutual investments. 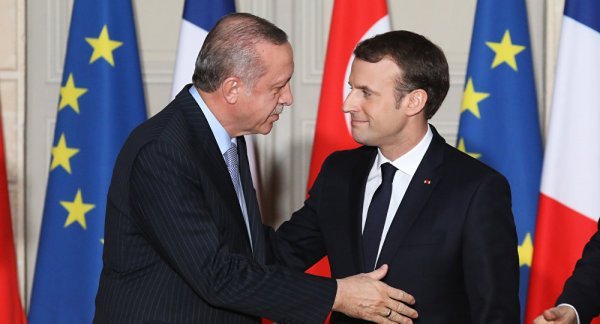 The talks come as the US moved to impose sanctions against its NATO ally Turkey over the continued detention of American pastor Andrew Brunson, held in Turkey over his links to terrorist groups.