Turkish President Recep Tayyip Erdogan arrived in Berlin on Thursday for his first “state visit” to Germany as president. Senior German officials welcomed the president and the first lady Emine Erdogan at the military section of Berlin's Tegel Airport. 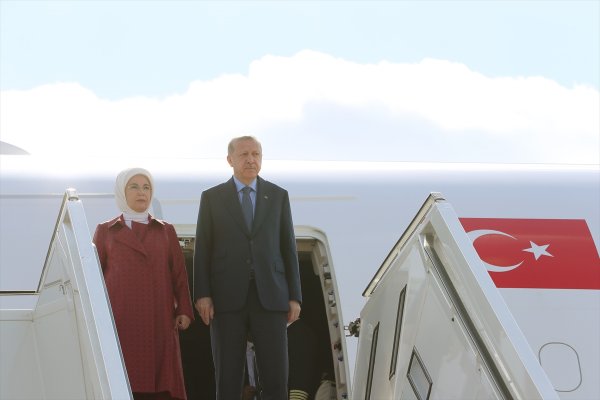 ERDOĞAN WAS WELCOMED BY AN HONOR GUARD AND 21 GUN SALUTE

Turkish president is accompanied by key ministers during the visit, including economy, finance, trade and industry ministers. Germany’s news channels broadcasted the welcoming ceremony live at the airport, where Erdogan was welcomed by an honor guard, and 21 gun salute.

Ahead of his official talks in Berlin, Erdogan called for opening a fresh page in Turkish-German relations, in an article published in German daily Frankfurter Allgemeine Zeitung.

“The dramatic developments in the world make it indispensable for both Germany and Turkey to open a new page in bilateral relations, to leave aside their differences and focus on their common interests,” he stressed. 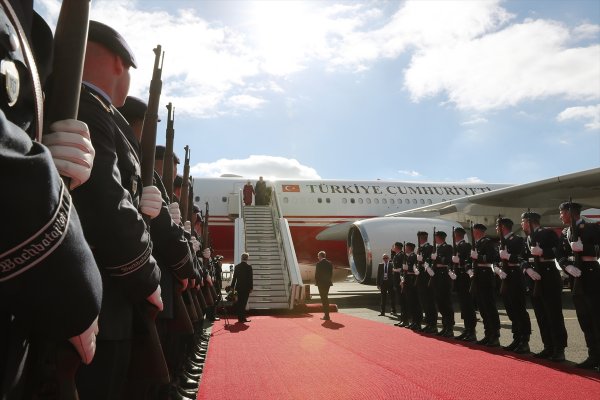 PRESIDENT ERDOĞAN AND MERKEL WILL MEET

On Friday, Erdogan will meet his German counterpart Frank-Walter Steinmeier and will hold talks with Chancellor Angela Merkel. Merkel will host a lunch for Erdogan at the Chancellory, and the two leaders will meet again on Saturday morning for a working breakfast to discuss bilateral and international issues.

Relations between Ankara and Berlin suffered several setbacks in past years, but both sides have taken steps in recent months towards improving ties. 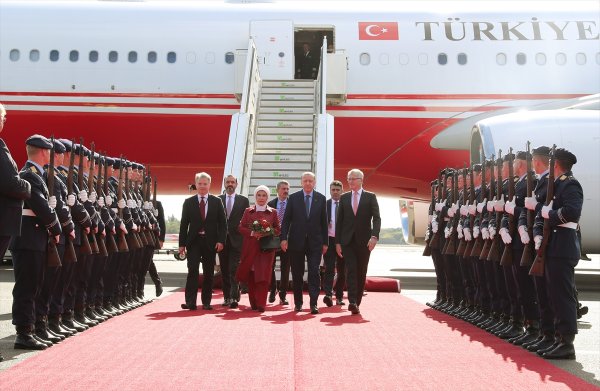 German authorities have raised security measures to the highest level, 1+, in Berlin’s city center ahead of Erdogan’s visit. Berlin police announced Thursday that around 4,200 police officers would be deployed in Berlin to ensure the security during the visit. Main streets in government district were closed as part of the security arrangements.

Following his official meetings in Berlin, Erdogan will travel on Saturday to the federal state of North Rhine-Westphalia, which has a large Turkish immigrant population. In Cologne, Erdogan will attend the inauguration ceremony of Cologne Central Mosque, run by Turkish-Islamic Union for Religious Affairs.