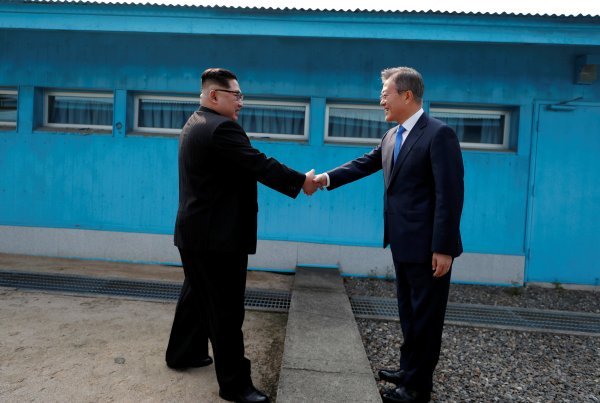 The two leaders walk along the red carpet and posed for the cameras while shaking hands. Kim said he felt a “swirl of emotion” as he walked into South Korea, wondering “why it took so long” to get to this place, he told Moon later, at the start of their meeting. 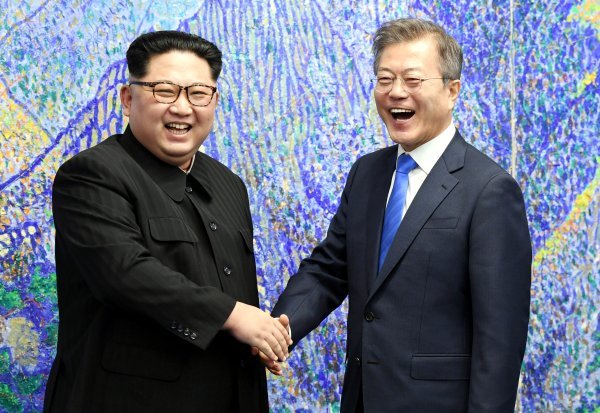 Seoul's presidential office has made clear that a successful summit would mean taking concrete steps towards North Korea's denuclearization. While Kim has already announced a freeze on nuke and missile tests, the United States expects Pyongyang to go further if it wants to free itself from global sanctions.

For his part, Moon celebrated Panmunjom's shift from being a symbol of division to peace. The border has been heavily guarded since the 1950-53 Korean War ended in a ceasefire rather than a peace treaty. 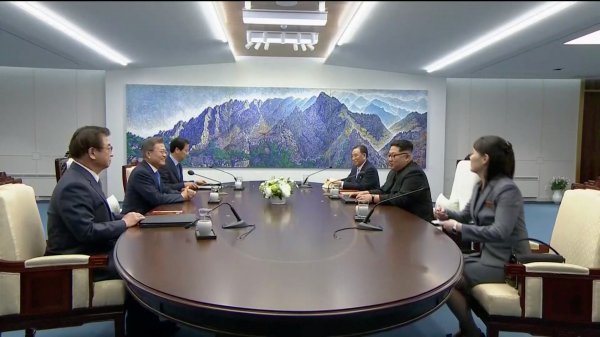 “A new history starts now. An age of peace, from the starting point of history” Kim wrote as he signed a guest book at South Korea’s Peace House in the truce village of Panmunjom. 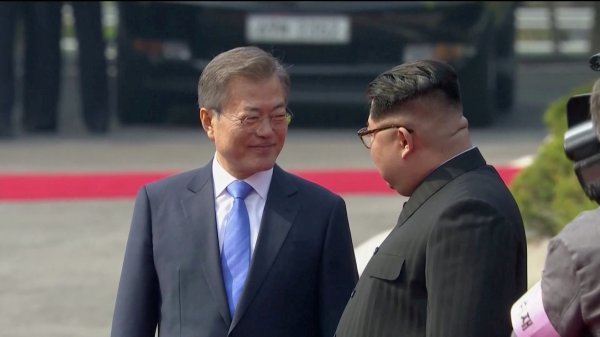