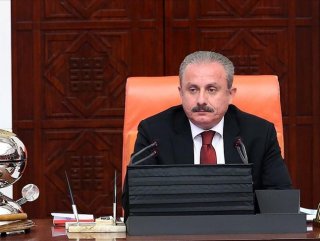 Sentop, a lawmaker from northwestern Tekirdag province, received 336 votes in the third round of voting by the Grand National Assembly of 600 seats.

In the third round of voting, a minimum of 301 votes were needed to win the election.

A total of 542 lawmakers cast votes, while tree votes were declared invalid.

He earned a bachelor degree at the Istanbul University Faculty of Law and obtained Master and Doctorate degrees from Istanbul's Marmara University.

Sentop had been serving as deputy speaker of the parliament since June 24, 2018 general elections.