May asks for help from Brussels on Brexit deal

Theresa May was set to ask European leaders for help on Thursday after a mutiny by more than a third of her MPs failed to unseat her but left parliament heading for deadlock over Brexit. 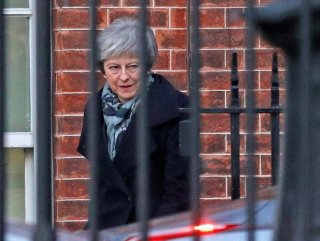 May won the backing of 200 Conservative members of parliament in the high-stakes secret vote while 117 dissented, far from the robust affirmation she needs as she heads to Brussels to ask for an improvement to the Brexit divorce deal.

But the EU was not likely to offer much immediately, with a draft statement the other national leaders in the bloc were preparing for May only speaking of their readiness “to examine whether any further assurance can be provided”.