Sultan Abdullah, 59, is avid sportsman and member of the FIFA council 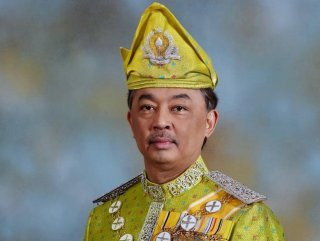 Malaysian royals on Thursday met to choose a new king after the previous monarch abdicated his post following his reported marriage to a Russian beauty queen, local media reported.

HE IS A MEMBER OF FIFA

Sultan Abdullah, 59, is an avid sportsman and a member of the FIFA council.

Malaysia is a constitutional monarchy with a federal representative character. The king is the ceremonial head while the prime minister oversees daily governance.

The new king is expected to be sworn in on Jan. 31, BBC reported.