French President Emmanuel Macron has promised a minimum wage increase and tax concessions in a televised response to weeks of anti-government street protests.

Speaking in a televised address to the nation, French President Emmanuel Macron proposed a monthly increase in the minimum wage of €100 on Monday. He said he would speed up tax cuts and raise wages at a "historic time" for France.

"I TAKE MY SHARE OF RESPONSIBILITY FOR THE ANGER"

"We will respond to the economic and social urgency with strong measures, by cutting taxes more rapidly, by keeping our spending under control, but not with U-turns," Macron said during his statement. 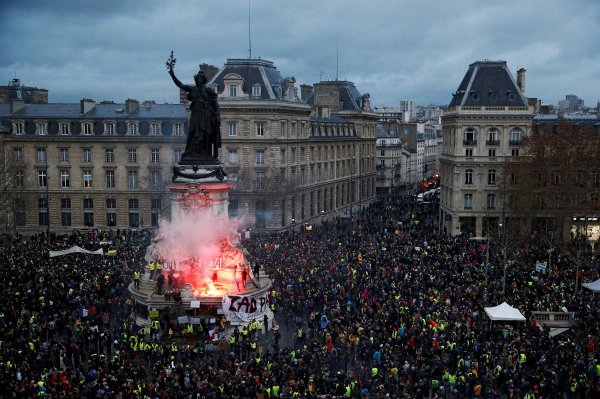 He responded to several of the protesters' demands, promising measures that included:

-the abolition of taxes on overtime pay in 2019

-slashing a tax hike on small pensions, acknowledging it was "unjust." 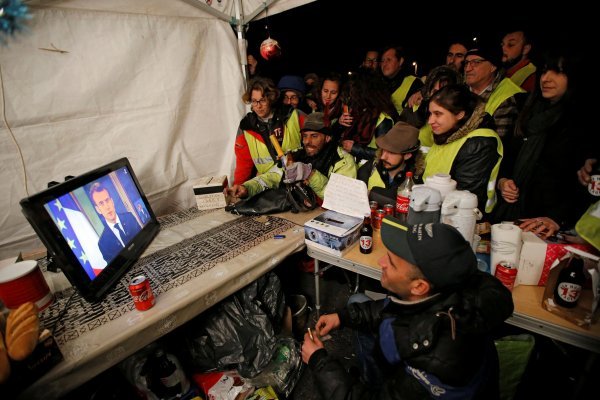 IT WILL COST BETWEEN 8-10 BILLION EUROS

The measures announced by Macron to appease the protests will cost between 8-10 billion euros stated Olivier Dussopt, French Minister of State for Public Action and Accounts, after the president’s TV address. "It's between 8 to 10 billion euros," he said. "We are in the process of fine-tuning and to see how to finance it."