A senior Revolutionary Guards commander said on Tuesday that Iran had recently carried out a ballistic missile test but he did not specify what kind of missile had been tested, according to Fars News.

The comment appeared to confirm a report by US Secretary of State Mike Pompeo who said early this month that Iran had test-fired “a medium-range ballistic missile that is capable of carrying multiple warheads.” The missile could hit all of the Middle East and parts of Europe, Pompeo said.

IRAN CARRIES OUT UP TO 50 MISSILE TESTS A YEAR

US President Donald Trump pulled out of an international agreement on Iran’s nuclear program in May and reimposed sanctions on Tehran. He said the deal was flawed because it did not include curbs on Iran’s development of ballistic missiles or its support for proxies in Syria, Yemen, Lebanon and Iraq.

“We will continue our missile tests and this recent action was an important test,” Amirali Hajizadeh, head of the Revolutionary Guards’ airspace division, said, as quoted by Fars News. He added: “The reaction of the Americans shows that this test was very important for them and that’s why they were shouting.” 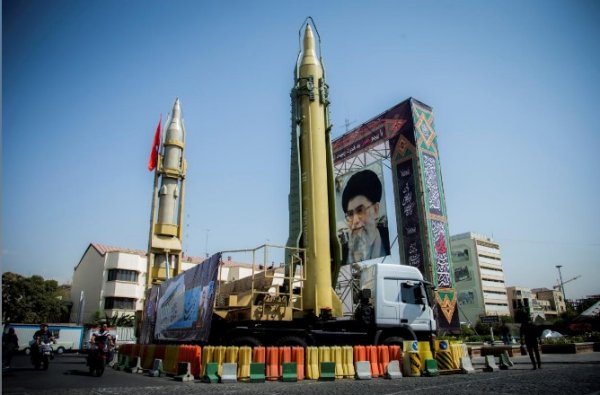 The Iranian government has ruled out negotiations with Washington over its military capabilities, particularly its missile program run by the Guards.

It says its missile program is purely defensive and denies its missiles are capable of being tipped with nuclear warheads.

Last month, Hajizadeh said that U.S. bases in Afghanistan, the UAE and Qatar, and U.S. aircraft carriers in the Gulf were within range of Iranian missiles.

In October, the Revolutionary Guards fired missiles at Islamic State militants in Syria after the Islamist group took responsibility for an attack at a military parade in Iran that killed 25 people, nearly half of them members of the Guards.