Houthis say the redeployment was part of UN-brokered agreement 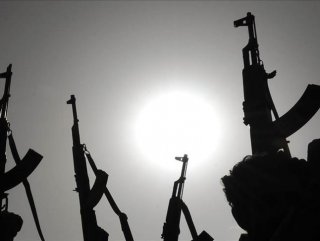 Houthi rebels have started to redeploy their forces in Yemen’s coastal city of Al-Hudaydah, according to a Houthi spokesman on Saturday.

He said the redeployment was part of the UN-brokered agreement with the government reached during peace talks in Sweden earlier this month.

“We expect the UN Monitoring Committee to oblige the other party to implement its obligations under the first phase of the Stockholm agreement, to withdraw from the eastern side of the city and the rest of…areas,” he said.

There was no comment from the Yemeni government on the Houthi announcement.

Yemen's warring parties agreed earlier this month to withdraw their forces from the Red Sea port city and institute a ceasefire during UN-sponsored talks in Sweden.

Yemen plunged into civil war in 2014 when Shia Houthi rebels overran much of the country, including the capital, Sana’a, forcing the government to flee to Saudi Arabia.

The Saudi-led campaign in Yemen has devastated the country's infrastructure, including its health and sanitation systems, prompting the UN to describe it as one of the worst humanitarian disasters of modern times.