Greece and Bulgaria compete for TurkStream

The two countries started to compete to be on the route of TurkStream, which is one of the most important and strategic projects between Turkey and Russia.

Within the scope of the project, Russian President Putin came to Istanbul earlier on Monday to attend a ceremony of the completion of TurkStream gas pipeline’s offshore section. 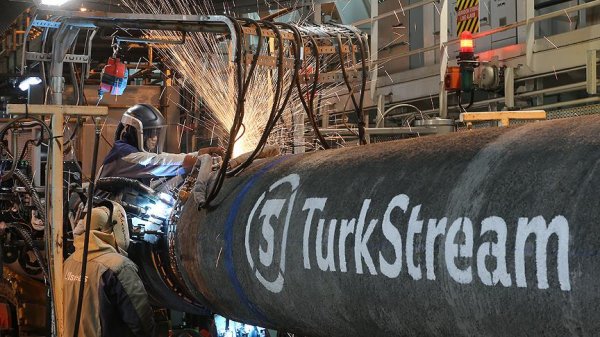 The TurkStream project is an export gas pipeline set to cross beneath the Black Sea from Russia to Turkey and also further extend to Turkey's borders with neighboring countries. As the world press follows TurkStream closely, Greece and Bulgaria pay special attention to the project.

Along with Greece, Bulgaria also wants to be a side of the project. Russian Energy Minister Alexander Novak stated that Bulgaria with further supplies in the direction of Austria, and Greece with deliveries toward Italy, adding that the Bulgarian route “has a higher priority.”