President Erdoğan's visit to Germany will be "a milestone to open a new page" in bilateral relations, the Turkish foreign minister said.

The three-day state visit to Germany by President Recep Tayyip Erdoğan after a seven-year hiatus began on Sept. 27 with a heavy-loaded agenda on mainly bilateral political and economic issues that aim at normalizing once seriously damaged ties. Relations between Ankara and Berlin suffered several setbacks in past years, but both sides have taken steps in recent months towards improving ties. 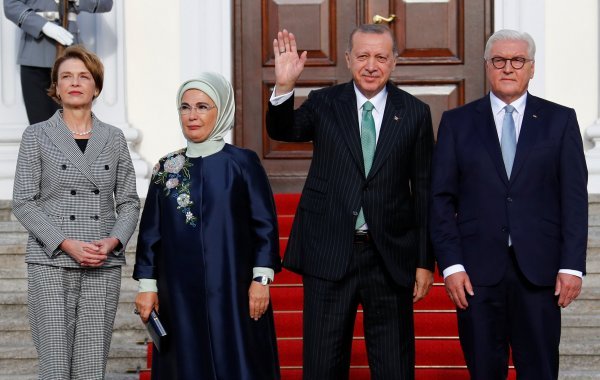 "THE MEETING WILL PROVIDE A PLATFORM TO REINFORCE"

In a bid to stress the importance of Turkish-German ties, Foreign Economic Relations Board (DEİK) Turkey-Germany Business Council Chairman Steven Young, who is also the president of Bosch Turkey and the Middle East, said both countries are valuable strategic partners. "DEİK and the Association of German Chambers of Industry and Commerce (DIHK) in Turkey are working to lead efforts to improve bilateral economic relations. I believe that the meeting in Berlin will provide a platform to reinforce cooperation," Young said, emphasizing the significance of the Berlin visit for economic ties.