An interesting moment happened during the press conference of President Erdoğan and Angela Merkel. A so-called journalist attempted to protest.

President Erdoğan and German Chancellor Angela Merkel faced a protest attempt during the press conference. This movement, which was carried out for the purpose of provocation, did not allow the German police. 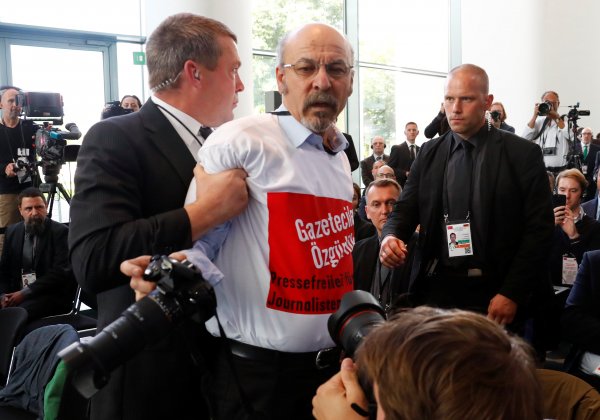 The press conference was briefly disrupted by a protester wearing a t-shirt that read "freedom for journalists" in Turkish. As he was removed by security, the two leaders looked at each other and noticeably tensed up.

He was later named as Adil Yigit, a Turkish journalist who runs the Avrupa Postasi online news portal from Hamburg. 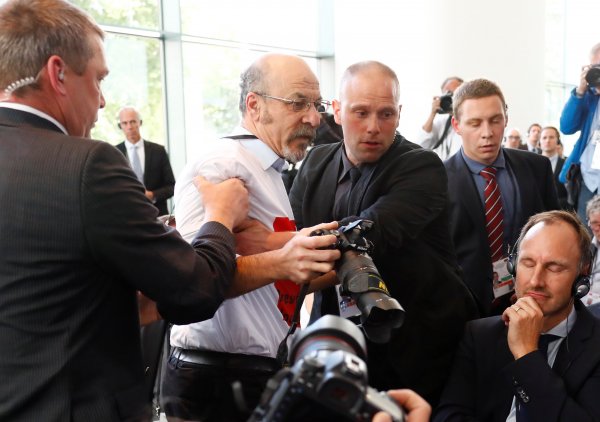 Angela Merkel, who was surprised by the protest, began to laugh with the Chancellor, who was looking at Prime Minister Erdoğan.