Clashes erupted between riot police and protesters in Paris on Tuesday as French Civil Servants took to the streets to demonstrate against against Macron's reforms. 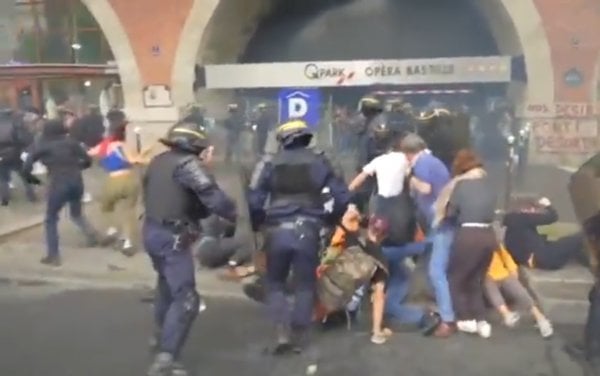 The protests turned into violent clashes and the police resorted to brutality, detaining protesters and beating them to the ground with batons.

A video shows police officers beating a protester who is already on the ground. 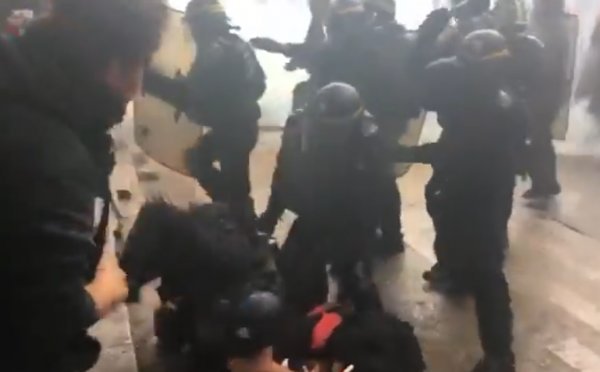 Police said at least 20 demonstrators were arrested during the clashes. 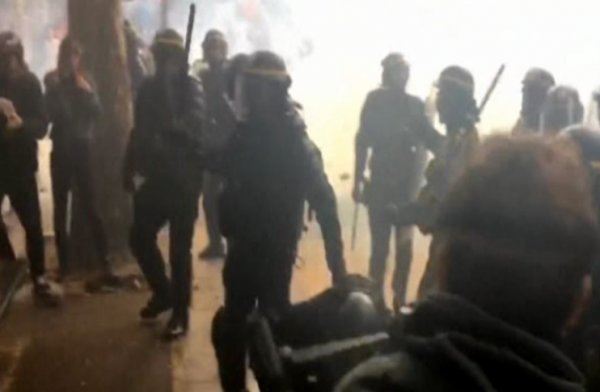 It's the third time that labour unions have sought to stage a nationwide show of strength in this fashion since Macron began his five-year-term in May last year.