At least 102 Yellow Vest protestors were arrested on Saturday in the French capital Paris, where the police officers used tear gas and water cannon on the protestors. 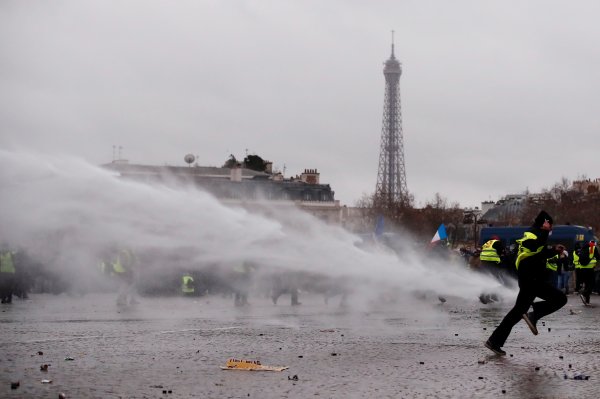 Champs-Elysees was calm at morning hours, however, tensions between the police officers and protesters rose in noon hours.

The protesters threw stones to the police and the police used tear gas and water cannon against the protesters. In Bourges, central France, 500 protesters attempted to enter the historic city center, which the governor's office had banned protests. Also in the Netherlands, Yellow Vest protestors protested the government in 14 different cities including The Hague, Amsterdam and Rotterdam. 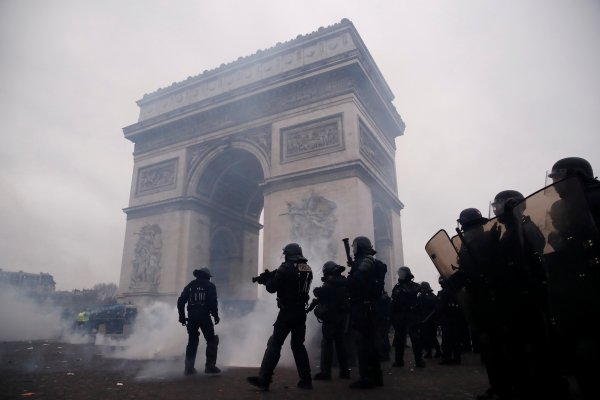 The Yellow Vest protests, which started as a reaction to fuel tax hikes and evolved into a protest against French President Emmanuel Macron, have continued despite the government’s call for them to halt.

The protests first started in France on Nov. 17, but quickly took on larger themes and also spilled over to other European countries. Thousands of protesters wearing bright yellow vests -- dubbed the Yellow Vests -- have gathered in major French cities, including the capital Paris, to protest Macron's controversial fuel tax hikes and the deteriorating economic situation. 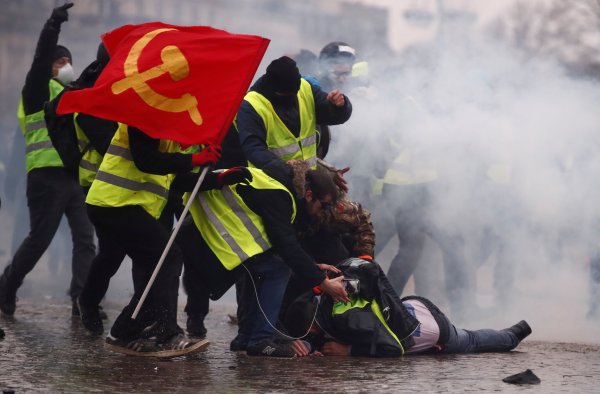 Demonstrators held protests blocking roads and traffic, and also blocked the entrance and exits to many gas stations and factories across the country. The protesters, who generally live in rural areas due to high rents in the cities, have called on Macron to cut fuel taxes and ease their economic difficulties.

Under pressure from the protests, Macron announced a rise in the minimum wage and also scuttled controversial fuel tax hikes. At least 10 people died, over 5,500 others were detained, and more than a thousand others were wounded in the protests.