Son Salah announced they forgave those who killed their father.

The family of slain Saudi journalist Jamal Khashoggi said Friday they have forgiven those who killed their father.

“On this blessed night of the blessed month (of #Ramadan), we remember God’s saying: 'If a person forgives and makes reconciliation, his reward is due from Allah',” son Salah Khashoggi said in a tweet.

“Therefore we the sons of martyr Jamal Khashoggi announce we forgive and pardon those who killed our father, seeking reward from God almighty.”

KHASHOGGI WAS DISMEMBERED BY SAUDI OPERATIVES

Khashoggi, a columnist for The Washington Post, was killed and dismembered by a group of Saudi operatives shortly after he entered the country's consulate in Istanbul on Oct. 2, 2018. 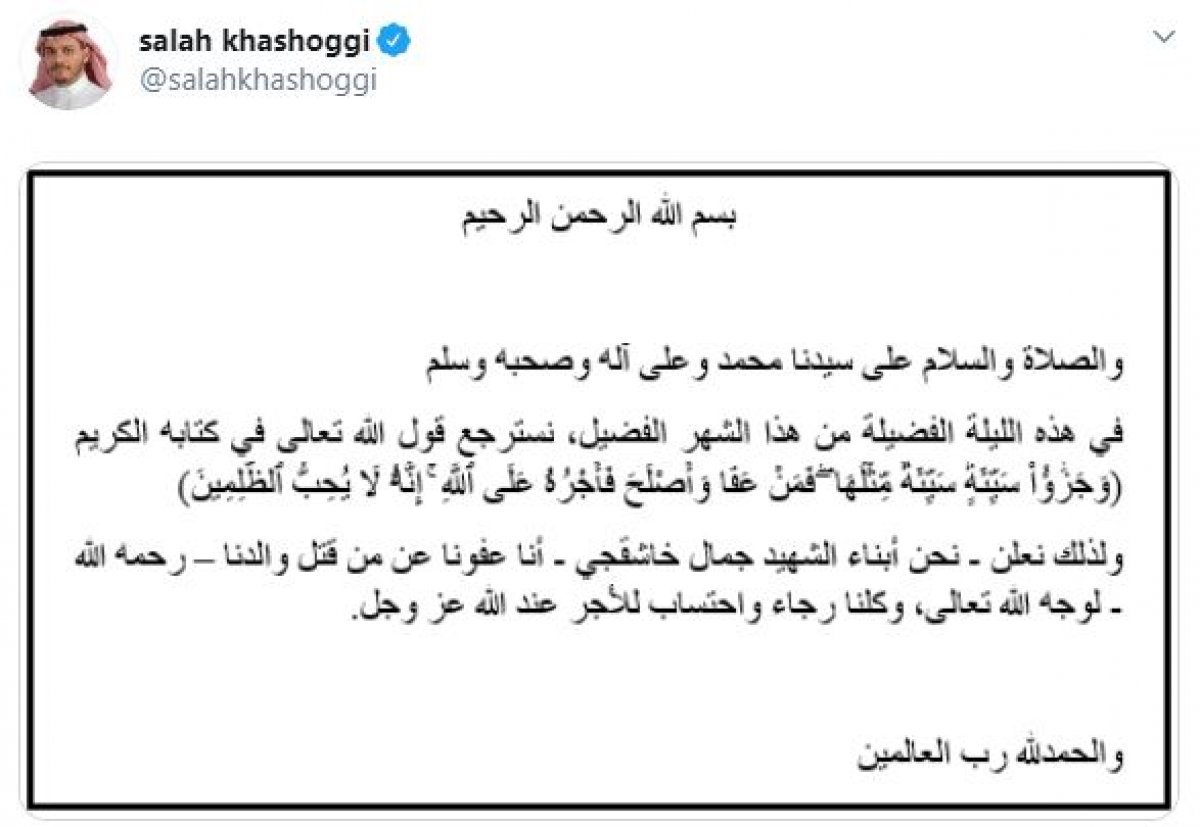 Riyadh offered various, conflicting narratives to explain his disappearance before acknowledging he was murdered in the diplomatic building, while seeking to shift blame for his death on a botched rendition operation carried out by rogue agents.

Khashoggi's body has never been found. 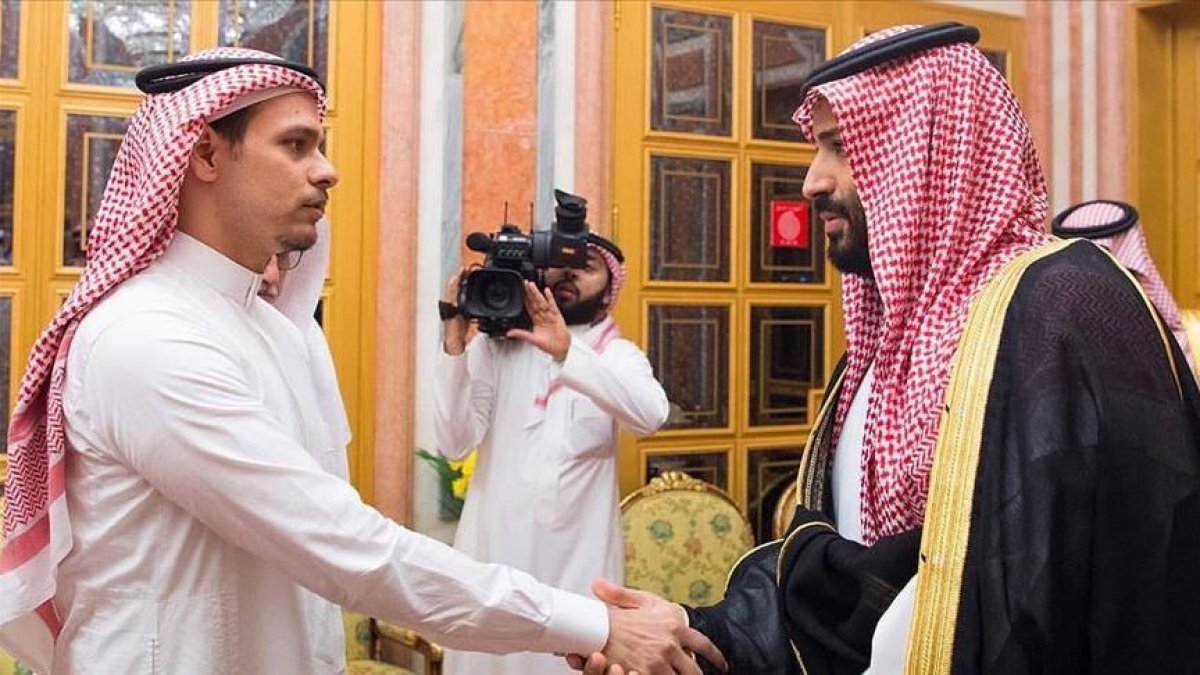 Saudi officials, however, have insisted that the crown prince was not involved in the murder.

Saudi Arabia announced at the end of last year that five people have been sentenced to death for taking part in Khashoggi's murder.