Erdoğan’s emotional meeting with Palestinians in US

Palestinian Abubakir Serag threw his arms around President Erdoğan's neck in a warm hug in the Turkish-American Steering Committee in New York.

President Recep Tayyip Erdoğan received an emotional welcome from hundreds of Palestinians living in the US when he attended the meeting organized by the Turkish-American Steering Committee (TASC) in New York. 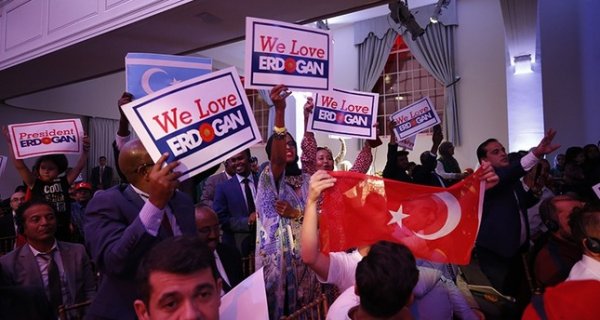 "I CAN'T BELIEVE THIS REALLY HAPPENED" 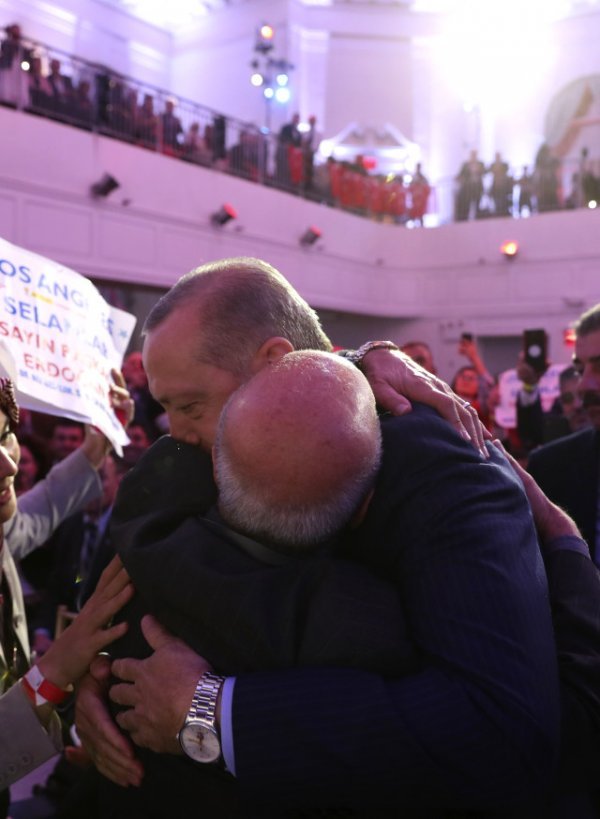 “I'm so happy, this is more than a dream for me. I can't even believe this really happened. I'm 78 years old, and I've loved Erdoğan as I never loved any other leader. If I could, I would wholeheartedly give my life for his safety and well-being,” Serag said after meeting the President. "I gave him a three-page letter and told him that the whole community is behind him," he added.

TASC Co-Chairman Halil Mutlu, "We are witnessing that some states openly support the killing of Muslims as well as crimes against humanity in the name of political interests and global problems," said in a speech. "Mr. President, at this very moment, you have gained the respect and love of 100 million people worldwide, especially in the Muslim world, through your truthfulness and out-of-the-box stance that protects justice and human dignity,"