Erdoğan: Turkey will start operation in Syria within days

Turkey will start an operation east of the Euphrates river in northern Syria in a “few days” President Erdoğan said on Wednesday.

Speaking at the Turkish Defense Industry Summit held at the Beştepe Presidential Palace Complex in capital Ankara, Erdoğan said it is time to realize Turkey's decision to dissolve terrorism groupings east of the Euphrates River.

“We will start the operation to clear the East of the Euphrates from separatist terrorists in a few days. Our target is never US soldiers,” Erdoğan said. 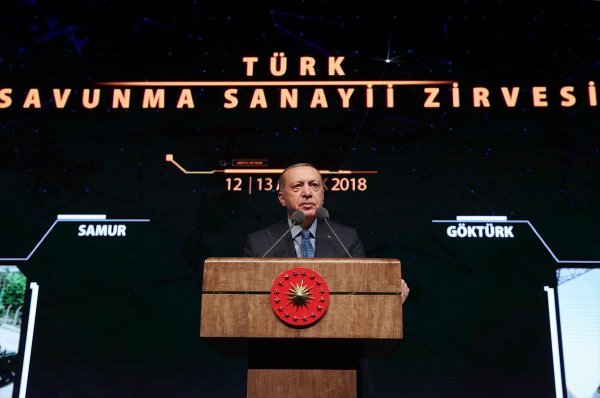 Erdoğan added Turkey's target has never been U.S. soldiers, but rather members of the terror group.

"It is clear that the purpose of US observation points [in Syria] is not to protect our country from terrorists but to protect terrorists from Turkey," Erdoğan said.

A possible mission east of the Euphrates, which Turkey’s leadership has been suggesting for months, would follow two successful cross-border Turkish operations into Syria -- Operation Euphrates Shield and Operation Olive Branch – which were both meant to eradicate the presence of YPG/PKK and Daesh terrorists near Turkey’s borders.