Erdoğan: Turkey may launch Euphrates op. at ‘any moment’

Ankara will do 'what is necessary' regarding terror corridors east of Euphrates River in Syria, says President Erdoğan.

"TURKEY WILL DO WHAT IS NECESSARY"

"We can start our operation any moment now in the Syrian territory at any place especially along the 500-kilometer border, without harming the U.S soldiers," Erdoğan said at the mass opening ceremony at Mevlana Square in central Konya province.

Erdoğan said the army has completed preparations for the planned operation, adding that Turkey will do "what is necessary" regarding terror corridors east of the Euphrates River. "We talked with Trump. These terrorists have to go to the east of the Euphrates. If they do not leave, we will send them. Because they are disturbing us," he added. 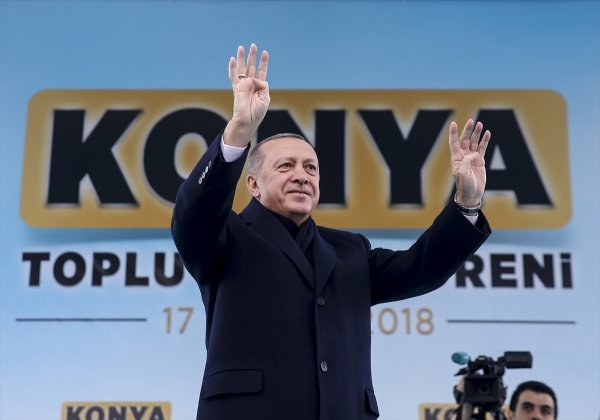 A possible mission east of the Euphrates, which Turkey’s leadership has been suggesting for months, would follow two successful cross-border Turkish operations into Syria since 2016 -- Operation Euphrates Shield and Operation Olive Branch -- both meant to eradicate the presence of YPG/PKK and Daesh terrorists near Turkey’s borders.