Erdoğan reaches out over loss of Hamas leader's brother

Turkish president telephones Hamas leader Ismail Haniyeh to offer condolences over the loss of his brother. 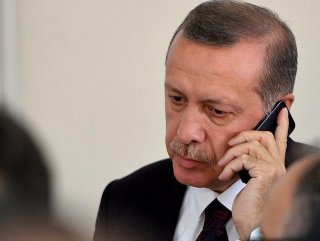 Turkish President Recep Tayyip Erdoğan on Friday offered condolences to the leader of the Palestinian group Hamas over the death of his brother, presidential sources said.

In a phone call, Erdogan offered condolences to Ismail Haniyeh over the death of his brother, Khalid Haniyeh, said the sources, who asked not to be named due to restrictions on speaking to the media.