Erdogan: Opposition lawmakers will get apt response during polls

President Recep Tayyip Erdogan said on Monday that Turkish voters will give an apt response to the main opposition Republican People's Party (CHP) during the June 24 elections.

Speaking at a reception held at the parliament, to mark National Sovereignty and Children’s Day and the 98th anniversary of the foundation of parliament, Erdogan criticized the ruckus created by CHP lawmakers. 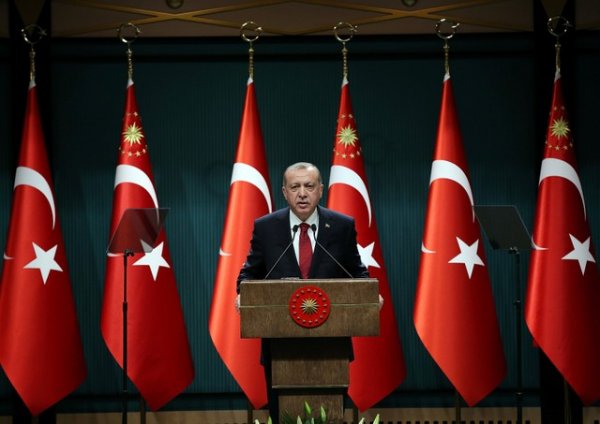 Earlier on Monday, the opposition lawmakers, including CHP leader Kemal Kilicdaroglu, banged their desks and chanted slogans against emergency rule, during Erdogan's speech. "On June 24, my nation, my citizens will give a befitting response to those who polluted the parliament. The solution is the ballot box," Erdogan said.

Recalling that earlier it was CHP which insisted on holding snap polls, Erdogan said, now they were creating disturbance. Referring to Kilicdaroglu, he said, "You only win your [party] congress; however, you always lose at the ballot box." The parliament on Friday passed a bill calling for early elections, with 386 lawmakers from both the ruling and opposition parties supporting the move. 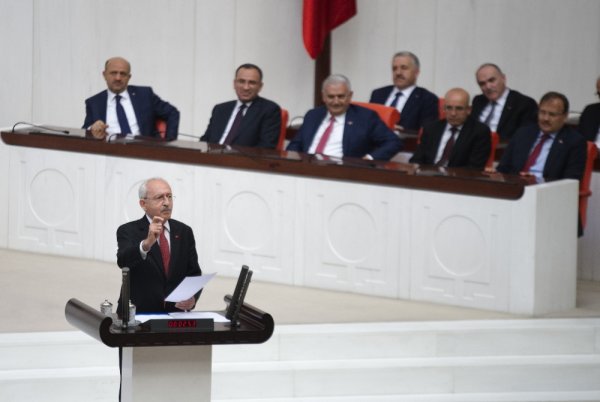 In an April 2017 referendum, Turkish voters approved a bill switching Turkey from a parliamentary system to a presidential one. Under the changes, the number of lawmakers in parliament rises to 600 from 550, presidential and parliamentary elections are held every five years, and presidents can retain ties to their political party.

The post of the prime minister is also abolished. Erdogan also criticized the 15 deputies from CHP who jumped ship on Sunday to join the newly-formed Good (IYI) Party. "Your so-called 15 deputies are leaving your party, and they are joining the Good Party," said Erdogan, adding that these 15 deputies do not sit at the IYI Party's seats in the general assembly.

"This situation is similar to Gunes Motel incident," he said. In 1977, then-CHP leader Bulent Ecevit convinced 12 lawmakers from Justice Party (AP) to join him following a secret meeting in Gunes Motel in Istanbul. Ten of the 12 lawmakers then became part of Ecevit's cabinet.