Turkey’s President Recep Tayyip Erdoğan had a "brief chat" with US President Trump. This meeting was also confirmed by Turkish presidency's communications director.

Turkey’s President Recep Tayyip Erdogan had a brief meeting with his U.S. counterpart, Donald Trump, in New York, according to the Turkish presidential communications director.

The two leaders had a "brief chat" ahead of Erdogan's address to UN General Assembly, Fahrettin Altun said on Twitter. 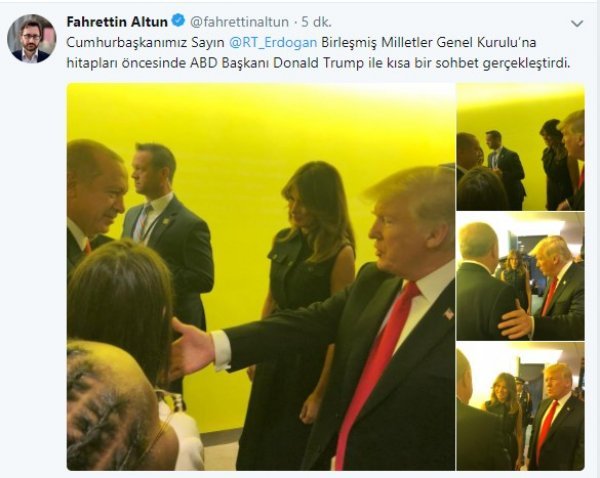 In photographs posted on the social media site, Trump is seen extending a handshake to Erdoğan. Trump's wife, Melania, joined their chat. Erdoğan then moved inside the General Assembly to deliver his address. 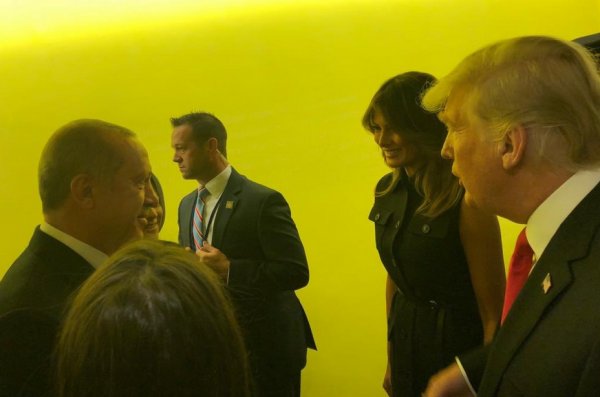 It is the first time the two leaders met after relations soured because of the detention of pastor Andrew Brunson, who is under house arrest in Turkey for terrorism charges.