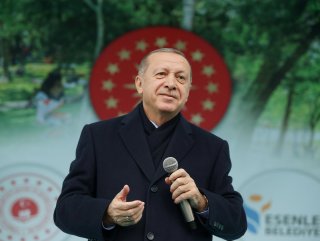 Turkey’s president Erdogan on Monday attended a ceremony marking the passing some 800 years ago of a legendary religious poet and mystic.

"SOME STILL SUPPORT ASSAD AND TRY TO PROTECT HIS POSITION"

He reiterated his stance on Syria, saying that Syrian regime leader Bashar al-Assad is trying to protect himself following the slaughter of some 1 million of his own people. The president added that some still support Assad and try to protect his position.

Syria has been locked in a vicious civil war since early 2011, when the Assad regime cracked down on protesters with unexpected ferocity. Since then, hundreds of thousands of people have been killed and more than 10 million others displaced, according to UN officials. 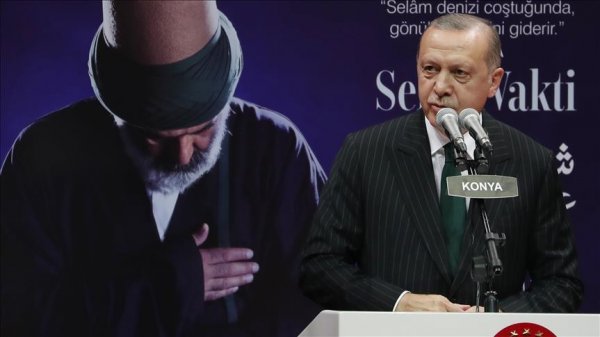 RUMI IS ONE OF THE MOST WIDELY READ PHILOSOPHERS

Born into a Turkic family in 1207, in what is now Afghanistan, Rumi is one of the most widely read philosophers in the world, with teachings that transcend boundaries of race, color, and religion. In Turkey Rumi is fondly remembered by his followers as Mevlana- which means scholar.

Upon his death in 1273, Rumi’s followers founded the Mevlevi Order, also known as the Order of the Whirling Dervishes, famous for the Sufi dance known as the Sema ceremony. Every year, an international commemoration ceremony marking the anniversary of Rumi’s union with God is held in Konya on Dec. 7-17 in honor of the Muslim scholar.