Trump: We will talk over bringing peace to the mess in Middle East.

President Donald Trump announced that he will call President Erdoğan late tonight for bringing peace to the Middle East. 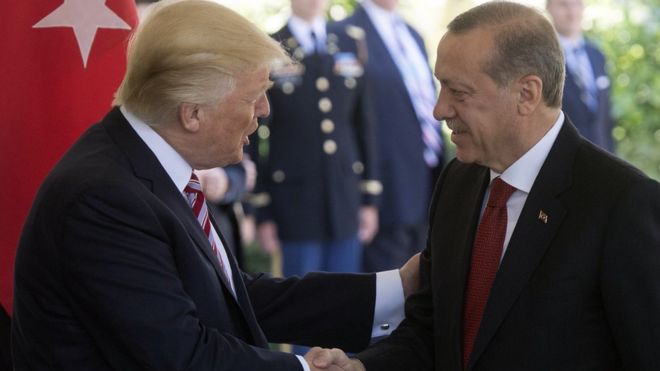 US President also sniped at the former US president Barack Obama about his Middle East policy. Trump said: "I will be speaking to President Recep Tayyip Erdogan of Turkey this morning about bringing peace to the mess that I inherited in the Middle East. I will get it all done, but what a mistake, in lives and dollars (6 trillion), to be there in the first place!"

According to the statement which was made by Presidency of Turkey, Sochi Summit, Syria crisis and territorial questions were addressed in Erdogan-Trump telcon.