CNN: It might be the time for Angela Merkel to go 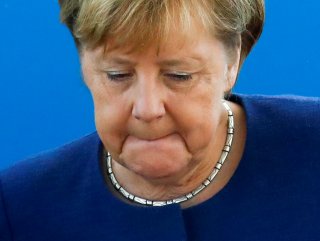 The Christian Social Union (CSU) suffered a heavy blow on Sunday in regional elections in Bavaria, which it has governed almost continuously since 1946, triggering speculations on the future of Merkel-led federal coalition government.

"IT'S TIME FOR MERKEL TO GO"

The article written by Matt Qvortrup continued with these words:

"The catastrophic election results for the Christian Social Union in the Southern Germany state of Bavaria -- and the electoral disaster for State Premier Markus Söder and Minister of the Interior Horst Seehofer, two of her harshest critics, will not bring any comfort for Merkel. The result could spell doom for Germany's leader. Her party, the Christian Democratic Union, does not contest elections in Bavaria. Since the 1950s, the CSU has been left alone to fly the Bavarian Conservative flag."