Turkey will transform from an end user to an intermediate user with the commissioning of the second line of the TurkStream natural gas project while eliminating transit risks through Ukraine, Volkan Ozdemir, head of the Ankara-based Institute for Energy Markets and Policies (EPPEN), said in an exclusive interview with Anadolu Agency.

THE PROJECT WILL ELIMINATE THE RISKS OF UKRANIAN RISKS

Russia will sell gas to Europe via Turkey for the first time, which will lead to the forging of more interdependent relations between Russia and Turkey, Özdemir told Anadolu Agency, confirming the economic and political returns of this pipeline project.

"This is a very important win for Turkey," he said, adding that, "Turkey, with more than 30 years of natural gas trade with Russia, has not previously experienced such a situation." 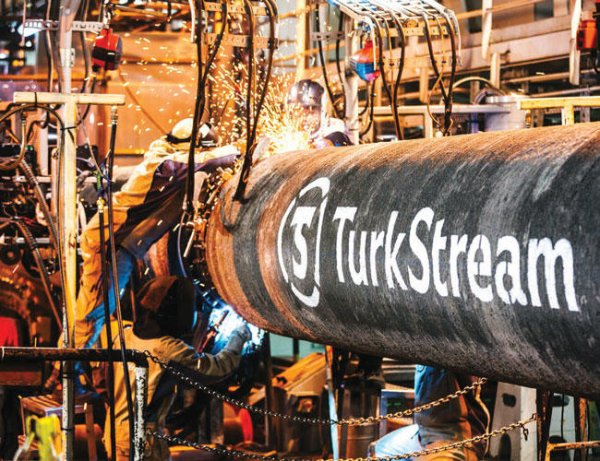 He stressed that Turkey is now in a position through the TurkStream project to eliminate Ukrainian transit risks at a time when tension between Russia and Ukraine is still ongoing.

"The tension between Russia and Ukraine is continuing, while the contract period between the two will end in a year's time. Any crisis in Ukraine would have serious repercussions for Turkey. However, Turkey with the TurkStream project will be protected," he asserted.