Bloomberg says that Erdoğan will win the elections

According to a poll commissioned by Bloomberg, President Erdoğan will win the presidential vote in the first round with 50.8 percent support.

As Turkey begins to countdown for the snap elections will be held on June 24, world countries are following Turkey's presidental elections closely.

According to survey which made by Foresight Danismanlik of 500 people on June 7-11, President Erdogan can win the presidential vote in the first round on June 24 with 50.8 percent support and get the backing of a majority in parliament. 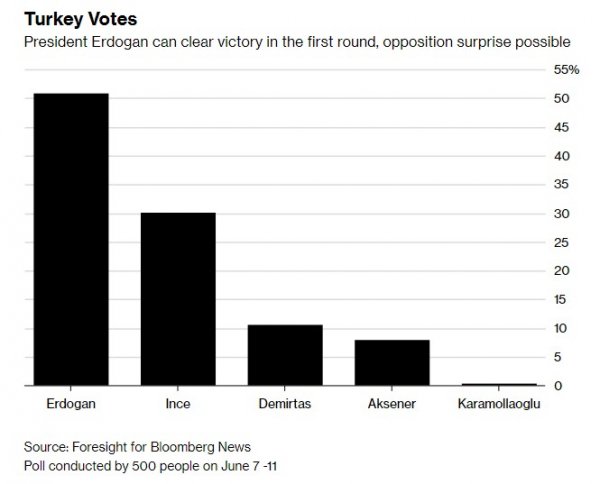