'We will not fail what is expected of us by acting in a sincere and constructive way,' Turkish President Erdogan says. 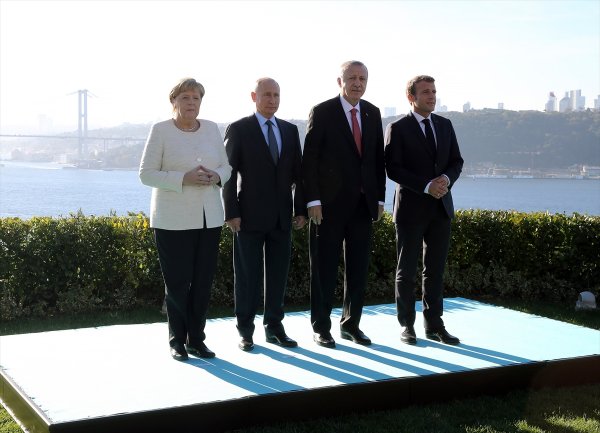 "THE WORLD IS WATCHING THIS SUMMIT"

Staffan de Mistura, the UN special Syria envoy, is also present at the summit. "The world, including our Syrian brothers, is watching this summit. I believe we will not fail what is expected of us by acting in a sincere and constructive way," Erdogan told the opening of the summit meeting.

During the summit, the participants will address the Syrian conflict in all its aspects, focusing on the situation on the ground, the political process, and ways to harmonize joint efforts to find a lasting solution to the conflict.

The leaders will also discuss the Sept. 17 agreement between Ankara and Moscow to establish a demilitarized zone in Syria's northwestern province of Idlib. Under the deal, opposition groups in Idlib are to remain in areas where they are already present, while Russia and Turkey carry out joint patrols in the area with a view to preventing a resumption of fighting. 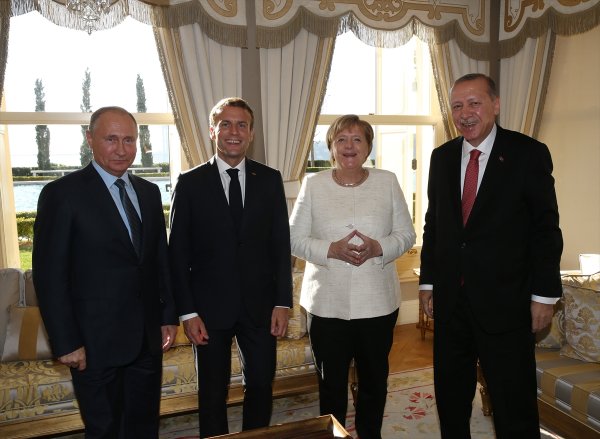 On Oct. 10, the Turkish Defense Ministry announced that the Syrian opposition and other anti-regime groups had completed the withdrawal of heavy weapons from the Idlib demilitarized zone.

Syria has only just begun to emerge from a devastating conflict that began in 2011 when the Assad regime cracked down on demonstrators with unexpected ferocity.